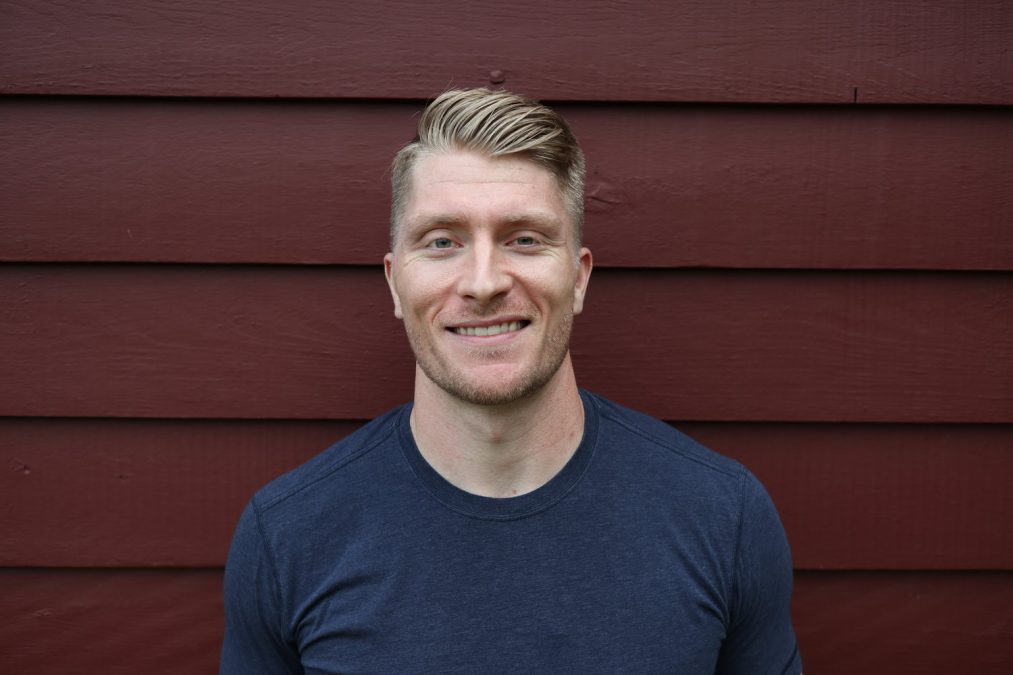 About 12 years ago, at only 17 years old, Kevin Saum experienced a traumatic brain injury that changed the course of his life and everything he pictured it would be.

Kevin was a starting captain at the fullback position and excited about his senior year. He never imagined that his future in football would be cut short. After taking a hard hit to the head one game, Kevin was suffering from a major headache. Today, we all know that this is a sign of a likely concussion. However, in 2007, awareness about concussions was not the same as it is today.

Sitting out of the following week’s game was not an option for Kevin. Back on the field, Kevin was struck again. He collapsed, had a seizure and was airlifted to the hospital. Ever grateful for the outcome, Kevin shares the possibility of what could have been. “The percentage of athletes who survive is about 50%, the other 50% are handicapped to some degree for the rest of their life. I was fortunate to survive and end up how I have.”

Faced with a new struggle of life off the field, Kevin was trying to figure out who Kevin Saum is. “I began to struggle mentally and emotionally figuring out who I was without football. I needed to find out how I could prove my worth to the world.”

He headed to Rutgers University to attend college, where he worked for the football team as a manager. “It was great being a part of the team in a different way than playing, but I was stunting my growth. I was holding on to something I needed to let go of.” Interested in sports health but not a fan of the science route, Kevin decided on sports management.

Next stop was grad school at Georgetown University. Kevin’s goal was to work for a company that led the game in helping players recover from career-ending injuries and focusing on concussions. But Kevin soon realized he did not need to go through a company to share his story. He could make a difference for athletes and share their stories—and his own—on his own terms. And thus Kevin’s podcast Heads ‘N Tales was born.

Starting in 2015, Kevin created Heads ‘N Tales from scratch. “I didn’t know anything about podcasting. I built my website and learned to edit and market my content. I was consistent with it and have been doing it ever since,” he admits.

Kevin interviews people involved in the injury process—anyone who has experienced a significant sports injury and comes out on the other side, injury experts (both the trainers and those in technology working toward healing) and entrepreneurs. “There is a big push for athletes to be more than just athletes—to be more than their sport. The day will eventually come when you stop playing your sport. What else do you have to prove to yourself that you are more than a sport?”

Finding his new identity did not come quickly. “I was about 26 when I accepted that I could be Kevin Saum without football—nine years after my injury,” he admits. The definition of toughness for Kevin has changed as he reflects on his life.

“At 17, toughness meant you had huge muscles, could score insane touchdowns and lift the heaviest weights. Now, I see that is a dumb definition. It led me to shoulder injuries, head injuries and a knee injury. I wish I realized that toughness would have been telling my coach I could not play. Maybe if I had, I would not have pushed myself to play through injuries, leading to more life-threatening and severe ones.”

Currently, Kevin produces a podcast about twice a month. “Not only can I help prevent someone from suffering an injury like mine, but I can help those who have been injured. I can help them see that how you show up every day is who you are.”