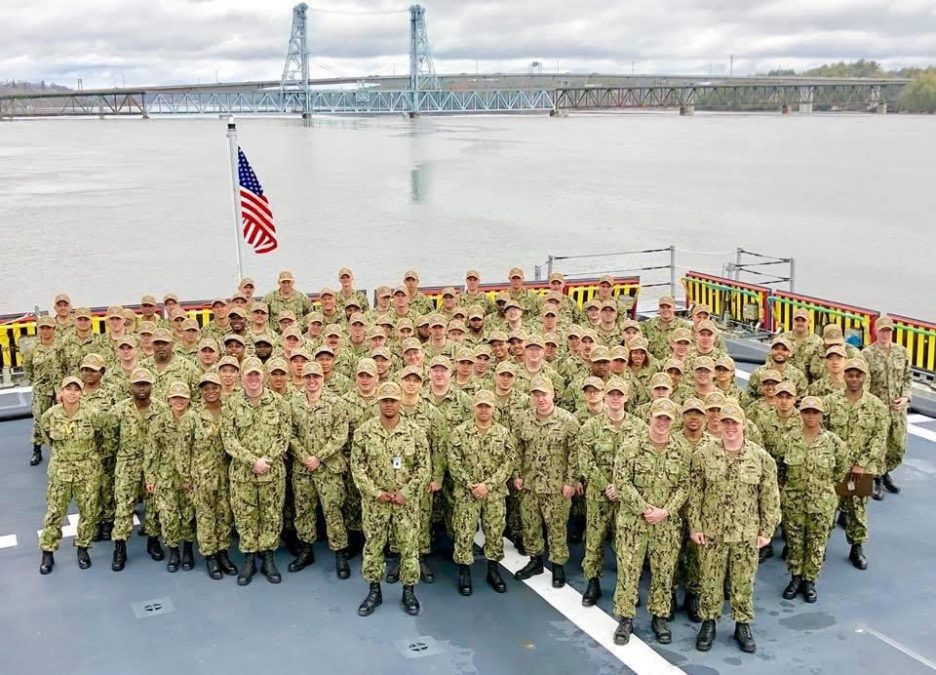 With heightened appreciation on this special day of recognition, the DLE honors all who have given so much to preserve freedom for us and so many others around the world.

Established in 1919—a year after the end of World War 1—and originally called Armistice Day, the 11th day of the 11th month recognizes veterans of all wars, living and dead, for their service to our country. This day of reflection brings us the opportunity to listen and learn from the experiences of three DLE veterans.

Thank you—Dan Zabatta, Brian Burlingame and Scott Smith—for your bravery and courage to defend our freedom so that we can keep soaring. And, thank you for sharing your guiding principles on leadership.

DAN ZABATTA: INQUISITIVE LEADERSHIP
One of our newest DLE Community Members is Dan Zabbatta, who retired on Aug. 31 after 25 years of service in the Navy. In the process of relocating to the Berkshires with his wife, twin 18-year-old son and daughter, and their cocker spaniel Millie, Dan has started his new career path as Fire Control Systems Configuration Management Lead at General Dynamics Mission Systems in Pittsfield, MA.

In his last military assignment, Dan was the Maintenance Material and Management Coordinator on the USS Rhode Island (SSBN 740). He regards all his assignments as equally challenging, “whether it was being away from family or facing real life danger, or leadership challenges.”

Reflecting on lessons learned through his service, Dan provides this guidance:

Be an inquisitive leader. Really get to know your people and their skill sets in order to help them make themselves and the team better. If you really care about their well-being and success, they will move mountains for you.

BRIAN BURLINGAME: COLLECTIVE WISDOM
Entrepreneur Brian Burlingame has been an effervescent DLE retreat faculty member and dedicated career coach to many alumni for a decade. Currently the owner of West Chester, PA-based BlueStar-Ventures, Brian served most of his 26 years as a naval aviator before concluding his career as the Chief Operating Officer for the United States Naval Academy. Before starting his company, he held leadership roles in continuous improvement programs at Lockheed Martin, Merck, Pfizer and Johnson & Johnson.

He recalls his most challenging military assignment as flying combat missions in Kosovo (formerly part of Serbia), and offers these insights:

A leadership principle that I learned through my service that I adhere to is to take care of your people, and normally the rest will take care of itself.

A motto that I live by is “None of us are as smart as all of us.” The power of any successful organization comes from diversity of thought and ethnicity—treat each other with respect and dignity (even more meaningful today) and listen more than you talk.

SCOTT SMITH: NEVER QUIT
Since joining the DLE community on the faculty of the 2019 Gen Now Retreat, Capt. Scott Smith has regularly been part of the conversation at Breakfast Club and Culture Chat programs.

During his 29 (and counting) years with the Navy, Scott has served as the Commanding Officer (CO) of the USS Michael Monsoor (DDG 1001) before stepping into his current role of Director, Command at Sea Training Department, at the Surface Warfare Officers School in Newport, RI.

Reflecting on his CO post, Scott calls the assignment the most challenging and rewarding of his career, adding “commissioning the most technologically advanced warship ever assembled, with a crew of 142 professionals, with their belief in the future and determination to succeed, was inspiring.”

In the photo below, Scott proudly stands with his shipmates on March 28, 2018, when his crew took possession of the USS Michael Monsoor in Bath, ME. He reflects, “We had just observed the flag raising together. That flag was then saved and given to Michael’s father at the Commissioning.” You can find Scott in the back row, third from the right from the flag.

As for guiding principles along his leadership path, Scott shares these:

Leading is really about serving people to a greater extent than ever before.

A motto that I live by is: “You never quit.” These were the words written by Navy SEAL Michael Monsoor, for whom our ship was named. This motto has such applicability in every aspect of life, from physical workouts to a challenging assignment at work to fighting for the lives of those you love.