CONNECTION TIPS: IT’S ABOUT THE MATCH 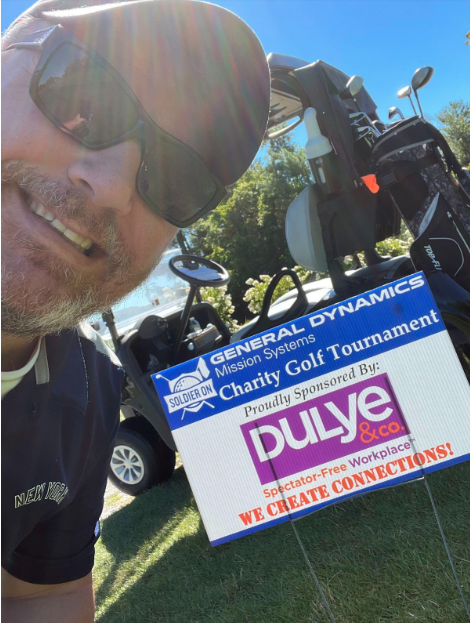 For the second consecutive year, Dulye & Co. (the DLE’s chief underwriter since 2008) was among the sponsors of the 11th annual Soldier On Golf Tournament in early September, an event that attracts many DLE members and golf enthusiasts, including Dan Zabatta, who flashes a wide smile in the photo below.

The event was hosted by General Dynamics Mission Systems, a longtime Dulye & Co. client, and attracts hundreds on the links and behind the scenes as volunteers, including DLE Founder and Dulye & Co. President Linda Dulye.

Soldier On is a non-profit organization that has been assisting homeless veterans since 1994.