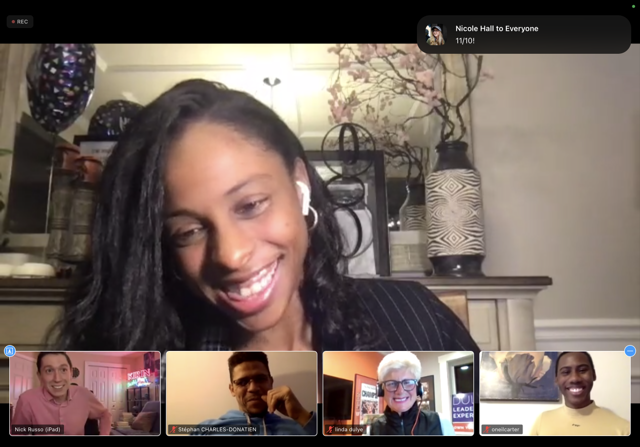 The DLE wrapped up 2021 with a private screening of the short film Wish Hill, directed by former tennis player-turned-filmmaker Aleah Marrow of the DLE Advisory Board. The screening was an intimate expression of the craft and care that Aleah has put into her first film.

DLE members, supporters and friends of Aleah—from across the U.S. and in Europe—generated an intimate and candid discussion, skillfully moderated by DLE member Nick Russo, which dissected Aleah’s process, inspiration and future in filmmaking.

In a real-time virtual poll, film viewers were asked to provide their rating of the film. 94% awarded 4 out of 4 stars! “Soulful,” “magical,” and “incredible” were just a few of the words used to describe the film. Many commented the film felt like the product of a seasoned director.

Aleah dove into discussing the overall theme of the film, which elevates finding happiness from within. “We look outside ourselves for happiness when happiness and comfort should be within—or else we will never find it,” she explained. An enthusiastic attendee voiced, “You allowed me to feel like I was in this world. I felt immersed. Thank you for that opportunity.”

Already into her next project, Aleah said it will likely be more mature in its themes and messages she feels the world needs.

The DLE is thrilled to follow and stand behind Aleah’s journey into cinema. Onward! 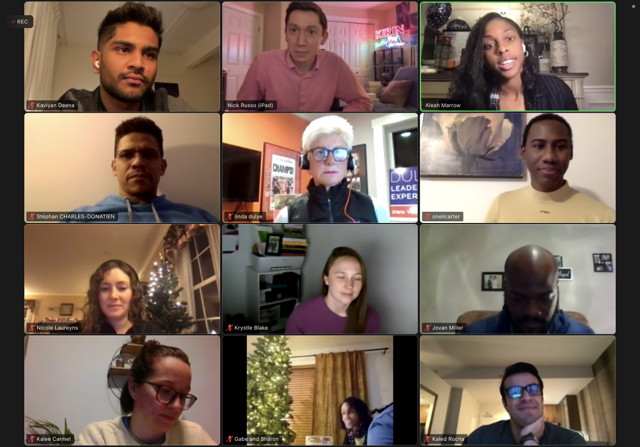