NEW POLL: ARE YOU UPDATING YOUR VOICEMAIL GREETING? 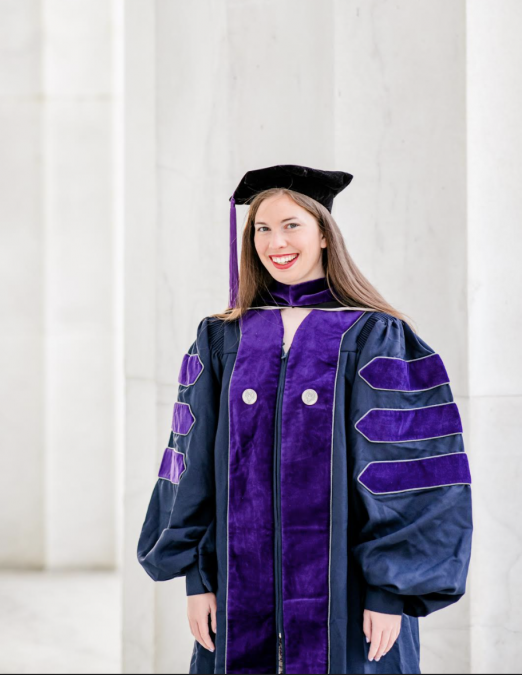 Growing up in the foster care system, DLE Alum Laura Singer frequently found herself in courtrooms. By the age of nine, Laura knew she wanted to be a lawyer. “I attribute the beginning of my passion to being in a courtroom a lot. The movie Legally Blonde also made me interested in law. But as I grew older, I realized that law was something I truly wanted to pursue. I wanted to advocate for others and give people a voice who didn’t have one,” Laura reflects.

Her journey to law school was far from smooth. Adversity was a constant. “People thought I wouldn’t graduate from undergraduate school. Statistics show that less than three percent of foster children graduate, and less than one percent graduate from something higher than their undergrad. I wanted to be the exception,” Laura shares. “It doesn’t matter where I came from; I want to make a difference.”

Laura graduated from Syracuse University with a degree in political science and government. It was in 2016 at Syracuse University that Laura was first introduced to the DLE. She found the networking resources invaluable and attended the DLE retreat. “I capitalized on every conversation I had as a means of learning how to network. I made it a point to talk to everyone I could,” says Laura. “At the retreat, I was focused on being present and going to every session to gain skills by listening to experienced people. I showed up because I wanted to improve myself.”

During her time with the DLE, Teach For America offered Laura a position. “I found myself striving to include the skills I learned through the DLE into the classrooms I was teaching in.”

In 2016, Laura attended Johns Hopkins University to pursue a Master’s degree in early childhood education and teaching. Then, in 2018, Laura pursued her lifelong passion of becoming a lawyer by taking the first step and attending law school at Georgetown University.

Remarkably, and through hard work and dedication, Laura graduated from Georgetown University Law School in May 2021. Her goals stretch far past graduation. She is currently studying for the bar exam – a feat in itself.

Laura hopes to work for a sports team one day. Sports were an important part of Laura’s childhood, and being a part of a team was monumental in making her into the person she is today.

But Laura does not feel confined to one path. “I have also considered going back to school for my doctorate in education to open a school for children coming out of high school. But I am also interested in the foster-care-to-prison pipeline system.”

The possibilities for Laura are endless, and she is looking forward to whatever her future holds.