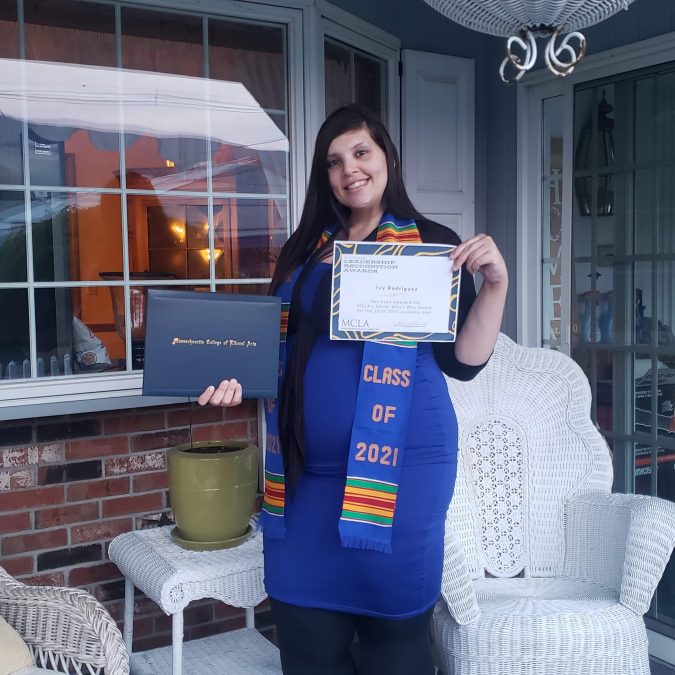 My kids and I have a tradition when we succeed or achieve something. We say “hulk smash” and all roar. It’s silly but entertaining!

Not many know my full story as I refuse to be the generalized stereotype surrounding any of my identities. I moved to Berkshire County a little over eight years ago with a small U-Haul truck containing minimal furnishings, 2 kids, and a run down 1997 Ford Expedition.

At the time, I was escaping a domestic violence situation and I wanted to separate myself from the person and go somewhere safe, somewhere I could start all over and raise my family free from drama, negativity and the same people who did nothing but judge. I saw my children struggle to make sense of all things new and question how we were going to make it.

The worst was when my eldest, who was diagnosed with Autism and a moderate to severe language processing deficit when she was four, asked me if it was her fault that I had originally left college. Times were hard and variables were the only thing running rampant. I knew I wanted to go back to college but had no idea when or how.

Slowly, I became acclimated to the area and got my name out there landing a what should have been 3-week position in the Massachusetts College of Liberal Arts’ (MCLA’s) HR department that turned into 9 months. Towards the end of the 9 months, a position opened up at nearby Williams College for an administrative assistant. I applied and surprisingly it landed.

From there, I have moved into a newly created position of the Financial and Administrative Coordinator and have received two merit recognitions over my nearly seven years there. I decided in 2018 to finally return to college– but this time I would finish!

My daughter and I made a bet that she would get to see me walk if she didn’t let her diagnosis define her negatively. She has made the honor roll since the 7th grade (now a sophomore in high school) and I graduated in the top 15% of my class with a Bachelor of Science, majoring in business and administration, with a minor in leadership on May 15. I made the Dean’s List each semester and was recognized as one of 18 MCLA’s Senior Who’s Who Leaders. I also became a 2020 inductee of the Delta Mu Delta International Honor Society in Business for academic excellence, and a 2018 inductee of the nation’s largest leadership honors society, the National Society for Leadership and Success (NSLS).

I have been accepted in MCLA’s MBA program and have been awarded both a state’s accounting association, the Massachusetts Society of Certified Public Accountant’s (MSCPA’s) Alliance Scholarship and the American Institute of Certified Public Accountants (AICPA) Minorities for Accounting Scholarship — the national certified public accounting association responsible for developing and administering the CPA as well as enforcing compliance with the profession’s technical and ethical standards.

I am a minority, a woman, a full-time mother to three (soon to be four) children, a fiancée, a co-chair for the Berkshire Business & Professional Women’s (BBPW) scholarship committee, a lead for the DLE programming committee, a full-time employee, and a full-time student.

In early 2020, our rental home was sold, brandishing homelessness to me and my family. Having a child under the age of 5 and our dog that serves as an ESA for my eldest made it difficult for anyone to be willing to rent to us. However, in 2019 I earned a scholarship through the BBPW that led to the opportunity of becoming part of their mentorship program and met (DLE President) Linda Dulye who helped rebuild my confidence — which had severely dwindled.

I felt like the DLE was an extended family I could turn to. Linda introduced me to a realtor from Bishop West who helped me prepare to purchase a home while our mentoring meetings focused on my strengths, rediscovering my passions and motivation, and setting SMART goals for both the short and long term. Six months later, my family and I purchased our forever home! Never did I think I would go from being completely homeless to living among hotels and Airbnb’s to owning a home, opening my own tax preparation business, graduating with my undergrad, being accepted into a grad program, and winning two well-known scholarships in less than one year!

I began my undergrad at 39 weeks pregnant and will be entering the MBA program at 7.5 months pregnant. I guess some things haven’t changed, but one thing for sure that has is the level of confidence that living in a county surrounded by organizations like the DLE and BBPW, as well as my current employer and the amazing professors – specifically in the accounting and business department at MCLA – has afforded me! The DLE and Linda have been a safe haven and guiding light that sometimes even the most secure and resilient-seeming people never admit to needing!

I hope this small glimpse of my life can help to inspire anyone who thinks they can’t do it. Forget the stereotypes, the past, the pretentious and presumed judgements, the haters, the wannabes, and the naysayers. You are enough and as cliché as it may sound, if I can do it, you can too!