IS CULTURE A MAGNET? ANSWER THE NEW 10-SECOND POLL 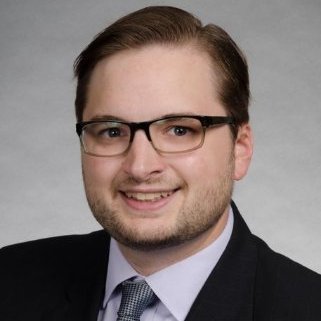 As a member of the first DLE Retreat in 2008, Nick Dwyer always knew he had a passion for working internationally. His passion led him to pursue an undergraduate in International Relations and French at Syracuse University.

While at Syracuse, he met DLE Founder and President Linda Dulye, a Syracuse alum who forged a partnership with her alma mater that sparked the DLE–in those formative days, as a professional development program for highly motivated juniors and seniors.

“I remember interviewing Linda for a class assignment. She talked about starting an organization that created a space for young professionals to develop skills to help them post-graduation in the real world. Not too long after that conversation, the Dulye Leadership Experience was born in 2008,” recalls Nick, during an interview from his Seattle, WA home.

“I saw the DLE’s creation; I was luckily one of the first members to be a part of the spirit, values and ideas that still live on in the DLE today.”

The DLE’s extensive networking connections proved resourceful, helping Nick land his first job with DRS Technologies, a leading aerospace and defense company. That was a devastating year for new grads–ravaged by the 2008 financial crisis. However, DLE connections opened doors for Nick to join DRS and learn how to write proposals for federal government customers like the Department of Defense.

Enter the next career chapter. After over two years with Chemonics, Nick wanted to move back to his hometown of Seattle and pursue an MBA at the University of Washington. After graduating in 2016, he joined a marketing firm called 2A Consulting, which works predominantly with Microsoft and Amazon.

“In this position, I applied my writing and communication skills to develop marketing projects, manage revenue, own and grow a client base, and build a team of consultants. Leading a team was a big part of my job, and the DLE helped me build the skills to serve as an authentic leader at 2A.”

Along the way, Nick married his wife Hilary (DLE President Linda Dulye was a reader at his wedding), and in February 2020, he became a father to his son Conrad. “Becoming a parent is life-changing. There aren’t many easy days, but it’s so incredibly rewarding, and I feel like all my previous experiences helped prepare me for it.”

Last month, Nick received exciting news on a dream of his. “I had always been interested in joining the Foreign Service and had explored the long and complicated application process, but it is a difficult thing to achieve. The same situation was true with my wife, Hilary. She wanted to become a diplomat, but we knew that the acceptance rates were really low,” he reflects. “I started my application in June 2019, and after several rounds of tests, essays, interviews, and background checks, I finally got the news in April 2021 that I was accepted. It worked out amazingly because my wife joined the Foreign Service a few months prior in January 2021.”

As a diplomat, Nick will serve as a representative of the United States overseas. He will work in U.S. embassies and consulates worldwide, reporting on political and economic events, supporting U.S. companies doing business overseas, and helping Americans in trouble abroad. He is currently in initial job training and will know the location and nature of his first assignment later on in the training process.

Appreciative of his DLE roots, Nick affirms, “The invaluable experience from the DLE helped me learn how to apply my skills to a business role. It gave me the tools and connections to advance my career and build a supportive network.”