RUNNING ON EMPTY? GET A GOAL REBOOT AT THE BREAKFAST CLUB!

GROW YOUR LIKEABILITY, ACCOUNTABILITY AND CONFIDENCE AT DLE APRIL PROGRAMS 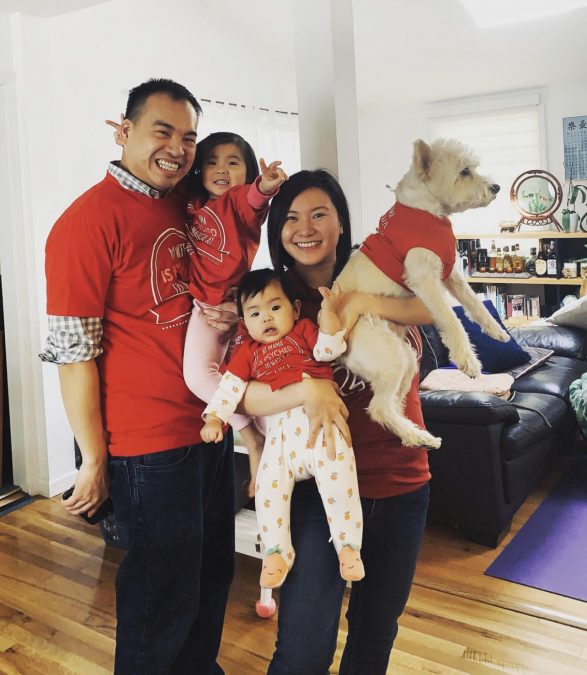 Long-time DLE alum Kristyn Lao loved public relations. After graduating from Syracuse University with a degree from the celebrated S.I. Newhouse School of Public Communications, she landed premiere positions in the corporate communications departments of Raytheon and Heineken. She was climbing the corporate ladder and building a professional network.

“It was the perfect intersection between communications, business and management. These were all things that I loved,” she recalls.

Kristyn thought about what she wanted to pursue; her primary intrinsic motivator was altruism. “I am motivated by bringing joy and making connections with other people. I wanted to make a personal connection and affect people’s lives personally; I found this outlet through medicine. Health is something that equalizes us and is our commonality.”

So Kristyn did just that.

Kristyn applied to the Columbia University post-baccalaureate pre-medical program and was accepted! She worked through the program, studying hard and learning as much as she could to arm herself with the knowledge to pursue medicine.

Through dedication and hard work, Kristyn was accepted to medical school at Rutgers New Jersey Medical School. “The school has a focus on humanistic medicine and serves a low-income community. It had the values I was looking for in training to be a doctor.”

The career and life transition were significant. During her second year of medical school, Kristyn and her husband, Tin, started their family with the birth of her first daughter. She commuted from her Stamford, CT home to Rutgers’ Newark, NJ, campus each week. Straddling school, family, and commute, Kristyn says she maintained a strong, positive mindset. “It is all about accomplishing what you can do. We all get 24 hours in a day. You have to think, what can we do with the time we are given? And make decisions based on that.”

The resilience and perseverance paid off significantly. This year, after having her second baby, Kristyn will graduate in May from Rutgers and starts her residency in psychiatry at New York University.

NYU was Kristyn’s top choice. She said it had all the things she wanted in a program and it opens up several career path options. She notes, “I am really looking forward to the larger program NYU offers and to working with hospitals like NYU Langone’s Tisch Hospital and Bellevue hospital and the VA.”

Kristyn says that she is open to several paths within psychiatry. “I have many interests, especially people in transition, such as young adult and adolescent health, substance use and the opioid epidemic, women’s reproductive and mental health or even leadership psychiatry.”

Deeply appreciative of her DLE ties, Kristyn sees her experience as a career propellent. “The DLE was life-changing for me. Attending the DLE retreat opened so many doors of opportunity. I met established and successful professionals, many of whom I now call friends, gained invaluable advice for building relationships and learned strategies to advance in the corporate world that launched my career,” she said. “The DLE helped me discover what my ‘true north’ really was and cultivated the confidence I needed to achieve my professional aspirations.”