WELCOME TO THE DLE ADVISORY BOARD: ALEAH MARROW 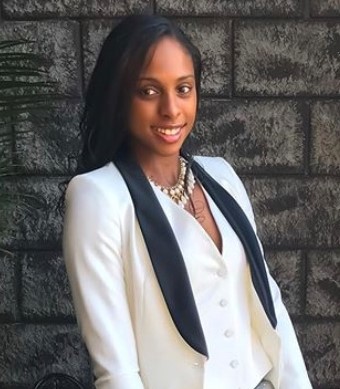 After spending almost a year with the DLE, Aleah Marrow has decided to further immerse herself into the community by joining the DLE Advisory Board.

Aleah’s experience with the DLE has grown exponentially over the last nine months. She has been a guiding force on the DLE Culture Chat Committee and gained a semblance of fame as host of the wildly popular DLE Virtual Comedy Hour this past January.

A professional tennis player on the challenger circuit in the International Tennis Federation, Aleah doubles as a screenwriter who is ready to begin her first film project this spring. Aleah is a determined and open-minded individual who is set on a course to grow herself and others around her. She says the DLE has made this possible, personally and professionally: “The DLE has helped me grow skills in things that matter.”

As an athlete and writer, Aleah is rarely in an office setting with typical office dynamics. However, this does not prevent her from gaining invaluable takeaways from the DLE that help her in all aspects of her life. “The topics that have had the largest impact on me are leadership, emotional intelligence and time management. The DLE has been an opportunity to grow my skills. It has taught me how to work with others in a team,” she reveals.

Aleah received her bachelor’s degree from Syracuse University with a major in Communications and Rhetorical Studies. Currently living in her hometown of Durham, NC, she takes advantage of every opportunity to network—opportunities that have expanded through her DLE involvement. “I really like the people who are involved in the community,” she says. “I have found several similarities with members and have made great friends, none of which would have been possible without the DLE.”

Marcus Coleman, Advisory Board member, Board Chair and DLE Alum, commends Aleah’s enthusiastic spirit and dedicated volunteerism. “In 2020, when the DLE completely transitioned from in-person events to virtual, we wouldn’t have been successful without some key volunteers. Those volunteers were a mix of existing community members and newcomers. Aleah was one of the newcomers who fell in love with the DLE and made an immediate impact. She has actively been involved in planning programs for the Breakfast Club and Culture Chat and has helped us introduce our first 2021 Special Event in the Comedy Hour.”