GROW YOUR NETWORK WITH ADVICE FROM A FORTUNE 500 STRATEGIC ADVISOR

I’M COUNTING ON YOU, TOM 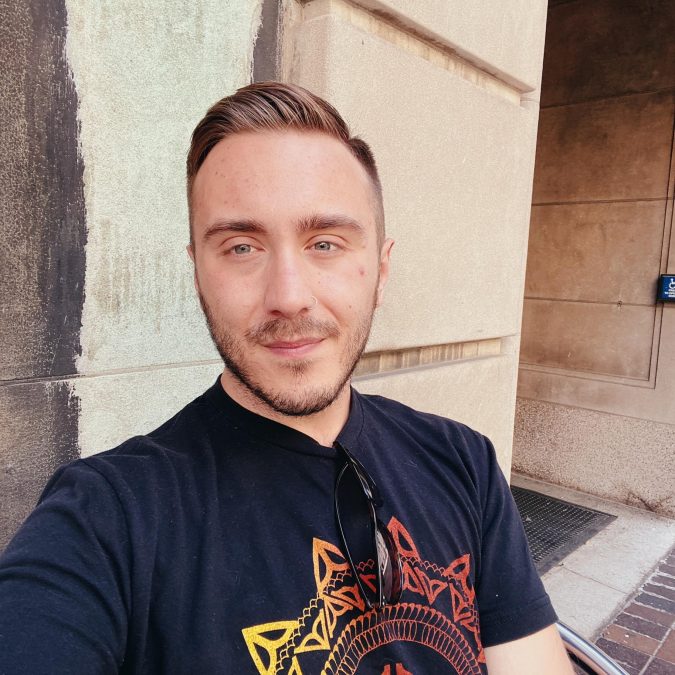 For the past year, Jesse Noll’s strategic and creative force on the DLE Advisory Board has contributed largely to this organization’s explosive growth as a trusted, virtual launchpad for career and personal growth.

Concurrently, his role as Manager of Content & Experiences at Wavemaker has taken off—expanding in depth of responsibilities in leading his virtual team. Taking to heart the tools and advice about 2021 goal setting shared at DLE programs last month, Jesse recently took time to figure out what the next year is going to look like and has had to make the decision to step down from the DLE Advisory Board.

In announcing his decision to his board colleagues earlier this week, Jesse said, “My schedule has been an ever-moving target, which has posed a lot of conflicts for DLE-related meetings and tasks. After some really hard reflection, I have made the decision to step down from all DLE leadership roles and only be part of the community as a member.”

He adds, “At this time where engagement and accountability is crucial, I know my life the next few months is not going to allow me to continue as a reliable member of this all-star team. It’s not fair to all of you, and it’s not fair to the greater DLE community.”

Jesse is known widely throughout the DLE Community as a welcoming, engaging host of the popular Breakfast Club, who helped guide the program’s quick transition from an in-person to all-virtual platform that has attracted newcomers from coast to coast and beyond. As a member of the Marketing Committee, he helped create the visual branding system unifying DLE Breakfast Club, Culture Chat, Ownership Workshop and other professional development resources. Jesse’s monthly playlist in the HUB has cultivated a dedicated fan base for more than a year.

“Jesse has been a DLE activist since earning a scholarship in 2016 to the DLE Retreat when he was a senior at Syracuse University,” shares Linda Dulye, DLE Founder and President. “He is among the first to graciously welcome new members to the community through genuine personal outreach, whether it be a phone call or LinkedIn message. Jesse’s longtime leadership as a DLE ambassador has been a priceless gift.”

Linda adds, “Without question, the DLE has become better through and with Jesse’s enormous contributions of time and talent.”

Jesse will be working with the Advisory Board this month on the selection of a successor to his board seat. And although he’s stepping down from his DLE leadership positions at this time, his presence will still be felt on DLE programs. “I will be a fierce advocate from the sidelines and am excited to stay involved with the DLE as a community member,” he notes. “I cannot wait to see how the DLE continues to soar!”