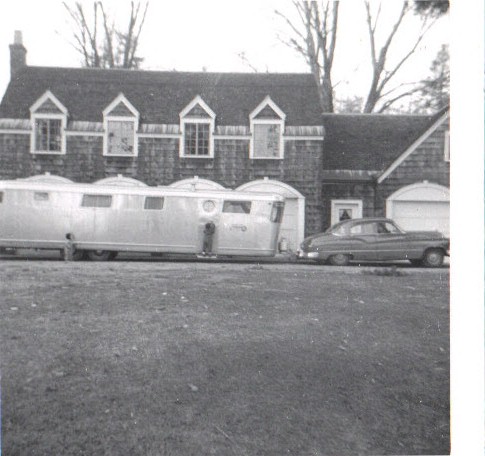 Writer’s Note: In recent years, RVing has become a lifestyle choice for many who like the idea of not being tied to any one place. To be honest, it’s not a lifestyle that appeals to me, despite the fact that I was thrust into trailer life as a toddler. That was when my dad decided to pack up our family of four and hit the open road with a 36’ trailer, towed behind a car that probably shouldn’t have been towing anything larger than a small rowboat. But apparently he knew what he was doing. Or maybe not!

Sorting through boxes recently, I came across a spiral notebook and opened to the first page. It was my father’s journal of a family trip in 1950-1951—pulling a huge trailer. Although I had heard about the trip, I never knew much about what life was like in this trailer or even why we embarked on this journey. Now I had found a first-hand account.

Dad wrote that he viewed this journey as a pioneering adventure—the trailer being a modern version of the covered wagon. Like the pioneers, we were setting off into the unknown. It was the post-WWII era and he had heard that the Texas oil fields were booming. Reason enough to leave rural New York State in search of a better life.

Of course, our travels were easier than those of the pioneers. We had stores along the way, we had a solid roof over our heads and we had at least some idea of what to expect when we reached our destination. Since our horsepower ran on gasoline rather than oats, we could cover far more miles every day. And we could phone ahead for a campground, though this meant finding a pay phone and having the correct change – no credit cards and no cell phones back then! 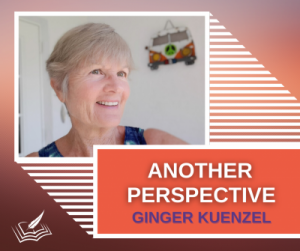 Dad had informed my mother of his plans, but the decision to embark on this adventure was clearly not a joint one. After all, it was the 1950s, a time when husbands made all the major decisions and their wives went along, no questions asked. Personally, I can think of any number of questions that I would have asked, the first being: ‘Are you out of your mind?’ Think about it: My brother had just turned three and I was not yet two, we had no visible means of support, and we were setting out into the unknown in mid-winter, pulling a gargantuan trailer – 36 feet in length and weighing nearly three tons.

After researching which model to buy, Dad headed out and returned with his brand new trailer—aptly named the Imperial Mansion. I can only imagine my mother’s surprise when she saw it. Today, she doesn’t remember most of the details that Dad recorded in his journal—including the problems with the trailer brakes, which recurred throughout the trip. This is either because she has completely blocked out the nail-biting, grip-the-edge-of-your-seat experience of driving on small roads through the Appalachian Mountains (the Interstate highway system would not be developed until later in the decade), pulling a three-ton trailer and wondering if the brakes will work.

Or—and this is more likely—Dad simply never mentioned the issues with the brakes. Remember, wives weren’t privy to information such as how much (or how little) money there was in the bank account, or the fact that the brakes only worked sometimes. Her job was to worry about potty training the kids and to get dinner on the table.

After a few days spent loading our belongings, we were ready to depart. Despite an inauspicious beginning—the trailer took out a tree on our way out of the driveway— we pulled onto the main road and were off on our year-long adventure.