THE POWER OF DLE CONNECTIONS 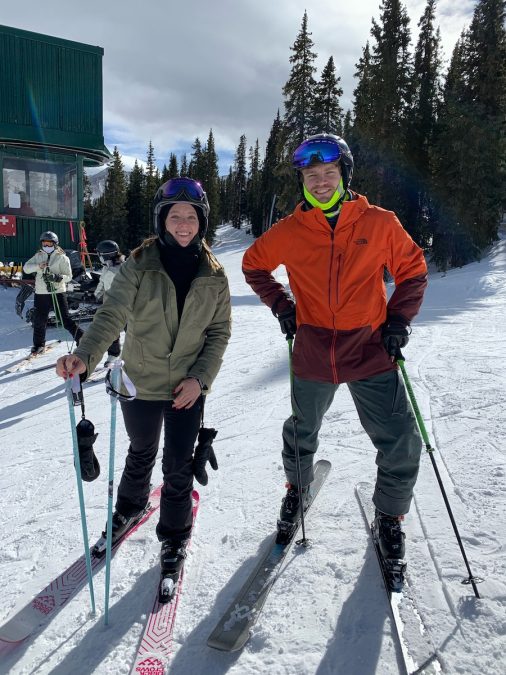 They met in person at the DLE 2015 Retreat and formed a terrific connection. Then Jenna Parezo and Tom Buchanan went their separate ways. Jenna ascended the career ladder at Otis Elevator Co. and is now a regional sales manager; Tom launched a college-incubated business, Contact CI, where he now serves as the chief of product. He and his partners just landed a contract with the U.S. Air Force.

More than five years later, the two ran into each other on Jan. 17 on the slopes of Copper Mountain in Colorado. Both had recently moved to Denver and have been tracking each other’s career path via their DLE networking.

Notes Tom, who is a member of the DLE Business Development Committee, “I’ve formed so many wonderful and lasting connections through the DLE over the years. It seems that any city I go to, there’s someone to grab a coffee and catch up with. Having both recently moved to Colorado, Jenna and I could not pass up a chance to catch up on the slopes.”

Jenna adds, “The connections formed at the DLE, whether it be peer-to-peer or facilitator-to-peer, are truly one of a kind as each of us have a unique personal outcome from the retreat that bring us together. I have found that whatever point you are at in life or in your career, there is always a DLE connection to be made. Tom and I have stayed connected over the years across many cities, and most recently landed in Denver where the outdoor activities never end – which gave us a chance to reunite and be active!”