WHO’S GETTING THE VACCINE? MOST OF US, POLL SHOWS 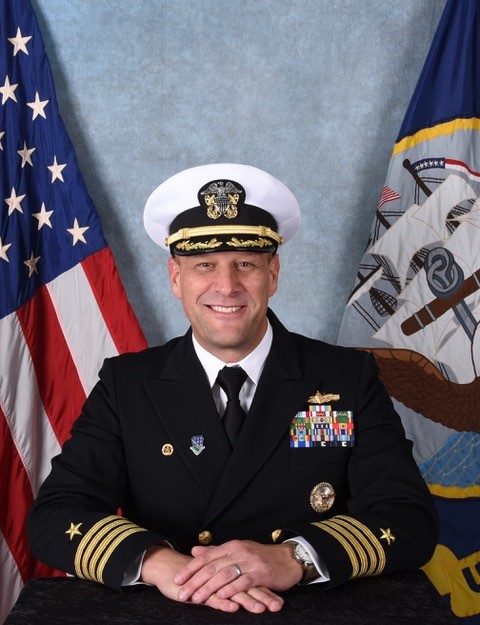 The new year brings a dynamic addition to the DLE’s Advisory Board. Captain Scott Smith shares his extensive strategic planning and leadership experience gained from his 29 years of military service.

Scott currently serves as Director of Command Training at Surface Warfare School in Newport, RI. Scott and his team are responsible for training and evaluating the senior leadership commanding and managing the Navy’s 225 surface ships and 12 aircraft carriers. He was a faculty member at the DLE 2019 Gen Now Retreat and has been actively involved in DLE programming ever since.

“I have enjoyed meeting and learning from the professionals involved in the DLE and gaining insights into how they lead in their various industries. When Linda Dulye asked me to join the board, I was honored to give back,” Scott notes. “In 2021, I hope to merge my educational and experiential knowledge in strategic planning and resourcing with our fellow board members to help achieve the goals of the DLE.”

For nearly four years, Scott was the Commanding Officer on the USS MICHAEL MONSOOR (DDG 1001) and, along with his crew, sailed the ship on its maiden voyage from Bath, ME, to San Diego, CA, for its historic commissioning on Jan 26, 2019. This remarkable crew earned honorable mention in the Secretary of the Navy Innovation Award and was the only entry to focus on leadership and personal development.

Scott previously commanded USS KLAKRING (FFG 42), where his shipmates and he completed two six-month deployments in less than two years. Despite the length of time away from their families, this gallant crew earned back-to-back “Golden Anchor” awards for talent retention, the Battle Efficiency Award, Unit Tactics Award and the Ship’s Service Award.

Scott has served as a Combat Systems Instructor at Surface Warfare Officers School; as a strategist and speechwriter for the Commander, US Fleet Forces Command; as a special assistant to and speechwriter for the 18th Chairman of the Joint Chiefs of Staff, General Martin Dempsey; as Deputy to the Secretary of Defense’s Senior Advisor for Military Professionalism; and as the Chairman of the Joint Military Operations Department, one of the three core academic departments at the Naval War College.

A proudly declared lifelong learner, Scott is a graduate of the Virginia Military Institute, where he earned a Bachelor’s Degree in Economics. He completed Master’s Degrees from the University of Massachusetts (Professional Writing) and the National War College (National Security Strategy). Additionally, he has completed certificates from the University of Massachusetts (Journalism) and the Massachusetts Institute of Technology (Defense Technology). He serves on the Editorial Board of the US Naval Institute Proceedings Magazine, the Navy’s professional publication.

Scott is surrounded by the women in his life: Sophie and Kelsea, his teenage daughters, keep him busy with sports and schoolwork. Along with his wife Kim, he enjoys restoring their home in Portsmouth and cooking together. In the early morning hours when no one else is awake, Scott enjoys reading, writing and fly-fishing. He revealed that he is passingly good in at least one of these endeavors. During non-COVID times, he participates in Scottish Highland games, where he throws sticks and stones for fun.