ANOTHER PERSPECTIVE: TIME TO GIVE THANKS 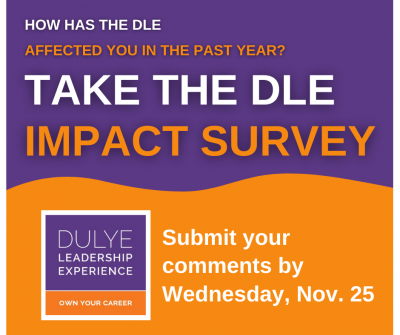 Thanks to the pandemic, this year’s Thanksgiving will surely be different than ones we have experienced in the past. With travel restricted and medical experts advising against getting together in large groups, we may be celebrating in smaller circles this year. This article is about Thanksgiving in more ‘normal’ times.

Thanksgiving is approaching—the annual holiday celebrated on the fourth Thursday in November. Its origins date back to the time of the Pilgrims, who put on a huge feast to thank the Native Americans for their help in settling into ‘their’ new country. Apparently, it wasn’t yet clear to those Native Americans that the arrival of the white settlers wasn’t necessarily going to be all that advantageous for them.

Today the holiday has evolved into a time for extended families to travel great distances to get together with people that they wouldn’t necessarily choose to have dinner with otherwise. It all starts off early Thursday morning when the turkey gets stuffed and put in the oven.

Over the many years that I have been at Thanksgiving gatherings, I can tell you that nearly any disaster that can occur has occurred—from the power going out in the middle of roasting the turkey, to pies being dropped on the floor as they come out of the oven, to candles being knocked over and setting the tablecloth on fire. But let’s not focus on the negative. Let’s assume that everyone is getting along—thanks to lots of Bloody Marys—that the turkey isn’t totally dried out, the vegetables didn’t get burned and that Aunt Mary actually remembered to bring the mashed potatoes this year.

After everyone says—as they do every year—“I can’t believe I ate so much,” the next phase begins. This entails either moving into the den with copious amounts of beer to watch a football game OR making a mad dash to the stores for some major shopping. The choice, of course, is solely dependent on whether you are male or female.
In former times, the day after Thanksgiving was the year’s biggest shopping day, known as Black Friday because the huge sales enabled businesses to climb out of the red and into the black. Nowadays the sales start much earlier.

Stores advertise computers, fridges, big screen TV sets and other big-ticket items at ridiculously low prices. There is no mention of the fact that they only have one of each in stock. Even if people know this, they still rush to the stores, hoping to find amazing bargains.

Very late in the evening, the shoppers return home, their cars laden with stuff. It’s of course either not the stuff they set out to buy—since that wasn’t actually available—or it is that stuff, but not at the sale price. The guys who have spent hours watching the football games are hustled into action to carry all the merchandise into the house.

And the kids, who have been at home with the game watchers (how much supervision do you think they got?) and have a sugar high from all the desserts, are running wild. Ah, it looks like the true meaning of Thanksgiving in today’s world might be that we are thankful when it’s all over and we can finally go to bed.